IN CONVERSATION: The Lovely Eggs – “We’re all twats. We genetically pass it down” 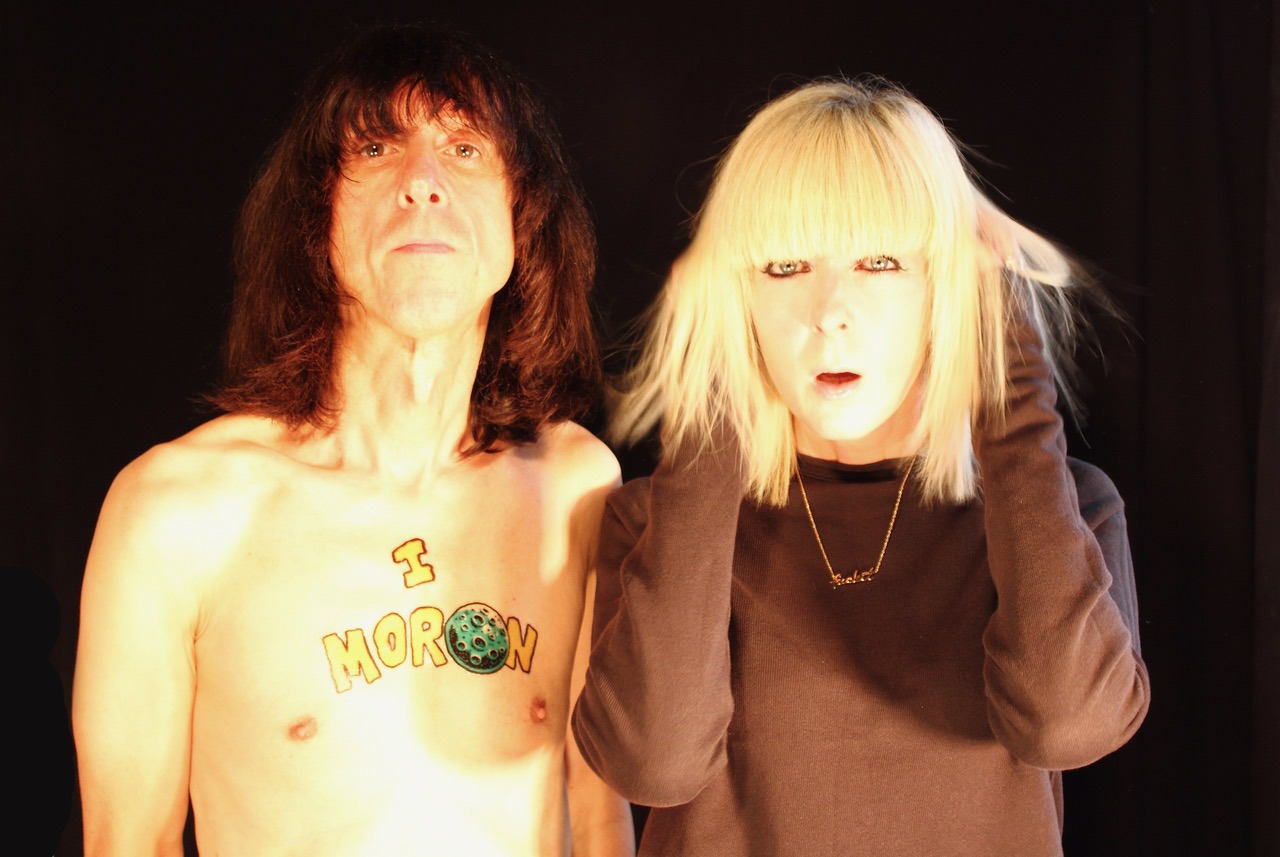 Speaking on a Monday mid-morning to Lovely Eggs singer and guitarist Holly Ross finds her in a somewhat chaotic  scenario. She’s multi-tasking, combining packing up button badges to post out to fans, with her own last minute childcare responsibilities piled on top. A kid in her son’s class at school tested positive for the plague and has been sent home, so at her end of the line there’s active child noises.

‘This is the world of Egg and we don’t know any other way,’ she laughs at the sudden change of events. ‘We just embrace it and surf the waves.’

This could be The Lovely Eggs’ mantra. Navigating the unexpected is something she, along with David Blackwell on drums, do very well indeed. As a duo with the DIY aesthetic at its very core, everything is famously done in-house and Holly’s had to reschedule the tour for the new album – read new as now over a year old – for the seventh time, due to you-know-what. Surely this is some sort of record? And yet, the two-piece lo-fi psychedelic punk rock duo stubbornly remaining in  Lancaster, which they so often describe as the Twin Peaks of the North (‘We love it up here. This is out of nowhere. People don’t think about it as anything, but it’s ours. It’s the place we operate from metaphorically and literally’.) have had an impressively successful 18 months.

In January 2020 single ‘This Decision’ reached number one in the physical release chart. It saw off competition from big boys Gerry Cinnamon, The Pet Shop Boys, Massive Attack and Public Service Broadcasting. Not bad work at all. Three months later sixth album I Am Moron grabbed number one in the Official UK Independent Album Charts – that’s 51 in the UK Charts.  No mean feat in these days of predictable shoe-ins by major labels. But they’re in good company with such triumphs; northern independent artists striking lucky over the past challenging year include Jane Weaver, Francis Lung, and The Coral.

‘Well that did shock us when we were number one last year. We’ve put a really good album out, that helps. The songs were really good. We were really happy with it and people have stuck with us, which feels nice. We’ve not chosen the easy route to do it. To be successful on your own terms feels fucking great, I must admit,’ Holly says.

I Am Moron’s reception could be linked to its bizarrely prophetic nature, summing up the feel of 2020 before it even happened. How in tune with this messed up world is ‘This Decision’, a song about the lack of choice in these post-Brexit days? Weeks after its release so many everyday decisions were taken out of our hands, en masse.

‘We also had the scramble for toilet roll across the country, bulk buying stockpiling all the inanimate objects on the cover of our album and one of them is toilet roll. If you listen to the album the bog roll keeps going round and round and round. Your hear some of the songs and go “how did we not know this was going to happen?” It’s really fucking spooky.’ 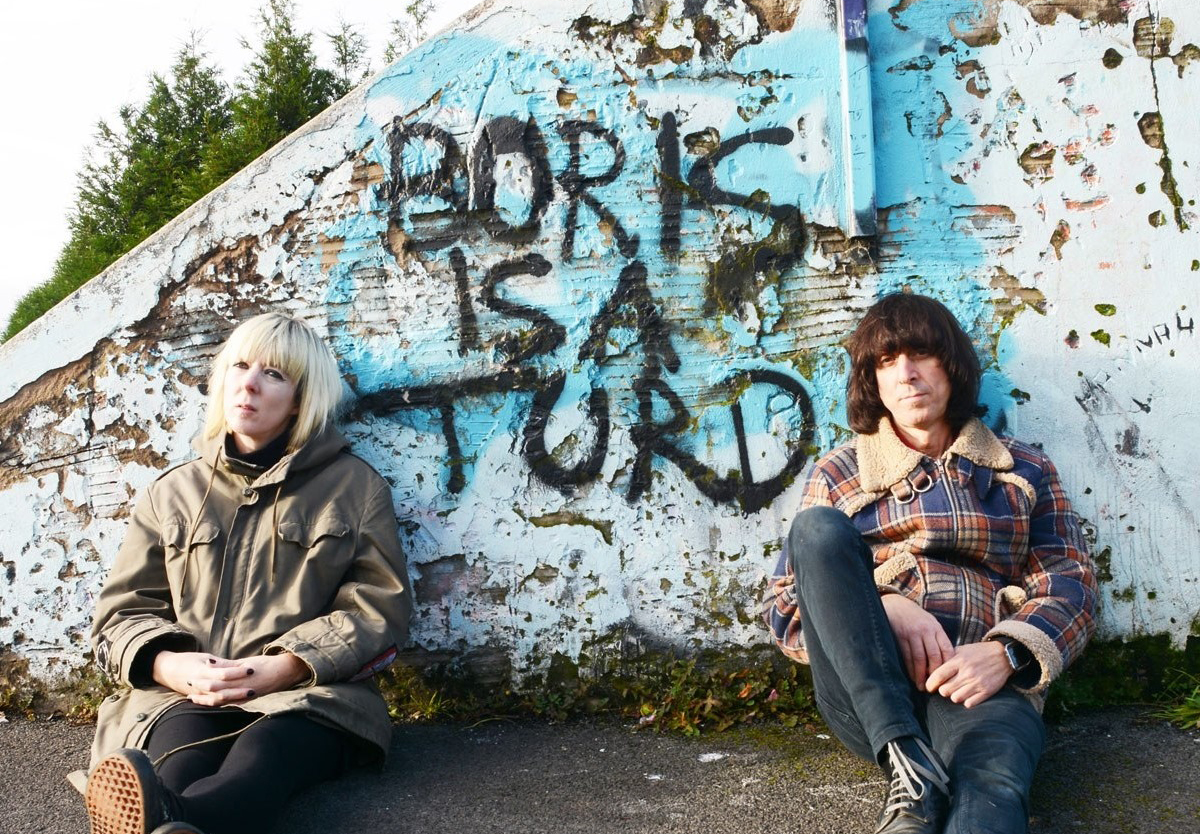 Holly is scathing of the music industry, her past experiences as a member of 90s band Angelica hardening her views. Her descriptions of the business as is are littered with ‘bullshit’, ‘fucking horrible’.

‘We don’t want a part of it. It ruins music, musicians and people. It rots your brain, gets into your psyche,’ she reveals with not at all concealed dislike, and denies vehemently that being chart toppers has changed anything for them personally. But in practical terms, it surely must have. At the time of our conversation over half of the copies of new single out this week ‘I Moron’ have sold already, with half of the July and August shows sold out, and a good chunk of shows upsized to bigger venues due to increased demand.

‘We’re grateful for it,’ Holly confirms of The Lovely Egg’s hard earned good fortune. ‘We’re more successful than we ever hoped to be in a sense our level of success if actually quite modest. We set the barrier quite low,’ she laughs. ‘And that’s a good thing if you’re ever in a band I would suggest doing that because you’re never disappointed then. Everything’s an absolute bonus. The thing about me and David, we’re really good now at smelling out bullshit and we can sniff it a mile off and the big central point for us is to enjoy being in our band, make music we like and that’s why we’ve had the longevity we’ve had.    All the stuff that comes, whether you’ve got chart success, sell out a gig or get played on the radio, whatever might come about it doesn’t change our ethos and the focus of our band. Which is probably why we still enjoy doing it.’

It says a lot about Lovely Eggs’ hands-on relationship with their fans that, despite no in-person opportunities to push the album it did so bloody well. They have formed friendships with those who come to gigs and buy records, make a point of replying to each email and message. It’s important to both her and David, she explains, to have that classic punk ethos of equality, democracy. The Lovely Eggs have a fine reputation of giving their following what they want; 7″ vinyl releases in a kaleidoscope of colours confirm they know their market.  ‘I Moron’ is a fetching yellow.

‘For me that’s what the ethos of our band is about doing things the right way, being independent, giving a shit about our fans. It’s important to us people feel heard because so many people get sidelined these days and it’s just the winners or the rich people or in positions of power who get their voices heard.’

They balance this mindset with being regular recipients of support from 6 Music heavyweights, Marc Riley, Tom Robinson, Steve Lamacq and Iggy Pop stepping up and playing their music. Art imitates life or is it the other way around on ‘I, Moron‘ featuring Iggy himself.  We reflect a little that moron is an underused word these days, more of an Americanism really. Which sort of fits, Iggy repeating the moron message in his distinctive, determined baritone.

‘Just observing the world and recognising what twats we all are. It’s not us stood on a pedestal saying look at everyone else and hw perfect we are we include ourselves human behaviour is fucking moronic. We’ll never have a perfect planet or utopia because human nature, we’re all twats. And it’s recognition of that really. So many people deny it, he’s an arsehole, an idiot, when we all are it s universal. I am moron is a truth that applies to complete humanity across the board. We genetically pass it down.’

It was a half-joke ‘it could never happen’ suggestion from David to get Iggy involved but it seems the stars ruled by that DIY aesthetic really are aligned.

‘We didn’t know what he was going to do but he sent over him going “moron moron moron” over and over (laughs) when we heard it, it was perfect, exactly what a moronic song needs.’

The Eggs return the compliment, covering Dum Dum Boys from his 1977 album The Idiot.

It’s certainly correct that the band’s humour is part of their identity, whether that be lyrically, on cover art or banter between songs at gigs, but when The Lovely Eggs emerged some 15 years ago I was warned they’re whacky funsters. But they’re no such thing, are they?

‘Well, sometimes life is so ridiculous and depressing and fucking tragic, if you don’t laugh in the face of it you’re fucked. For us, humour is a way of dealing with the darkness, our coping mechanism. it does disappoint me sometimes when people take it at face value “Oooh play the one about the sausage roll thumb ha ha ha” and I’m like that song’s (‘Don’t Look at Me (I Don’t Like It)’)about getting the absolute shit beaten out of you because we live in a town where you can’t look different, and so we’re taking the piss out of the bullies. If you’re going to have a go at me for looking different, I might as well look really fucking different.’

The band’s last gig was at the Golden Lion in in Todmorden with Andy Votel DJing, in March 2020. ‘A really good, chaotic mad night,‘ remembers Holly affectionately. Now, 16 months later they find themselves less than three weeks away from the start of the UK tour.

‘We want to play music again,‘ she says simply.

I leave Holly to finish up her badge mailout and thoughts about putting ‘I, Moron‘ singles into envelopes at some point today, whilst getting stuck into yet another bout of the now familiar activity homeschooling.

‘If I start sending emails or trying to book tour dates or anything that needs my mind to concentrate I’ll fuck it up because I’ll be in two places at the same time. I can just about manage to teach maths, and stuff records in envelopes. I need to do something moronic and repetitive so I can stop at any point to help him with his schoolwork!’

The Lovely Eggs. A band of our time indeed.

I Moron is released on 9 July on Egg records.  Catch The Lovely Eggs live at the following dates this summer:

Fri 30 The Garage, London SOLD OUT