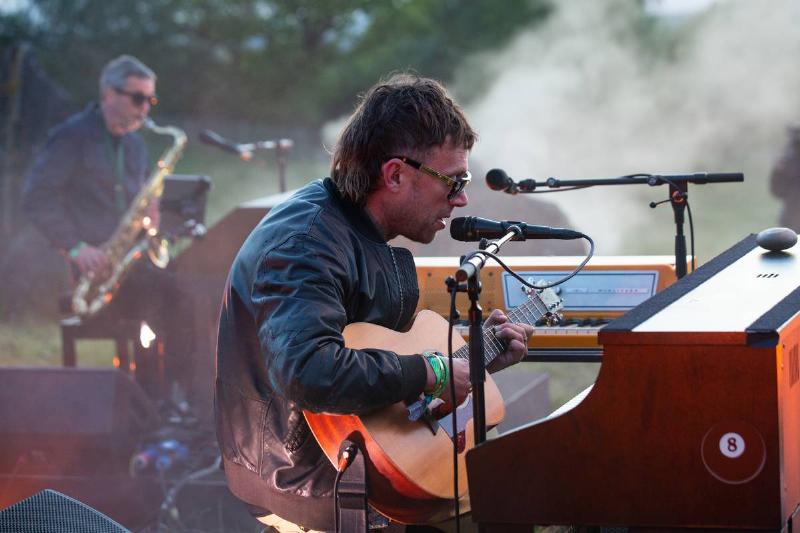 Damon Albarn first made a name for himself in the ’90s as the lead singer and primary songwriter for the band Blur. Proving he wasn’t a one-trick pony, he then created the animated band Gorillaz, which has become one of the most popular bands in the world since releasing “Clint Eastwood” in 2001.

Last week Albarn teased a solo album, and this week he shared the first single from The Nearer The Fountain, More Pure The Stream Flows. “Polaris” was released online with a performance video. The studio version is available on all streaming services as well.

The solo album will be Albarn’s second. He previously released Everyday Robots to critical acclaim in 2014. With the creation of his new album, the music maestro says he was trying to lift himself out of the storm created by the pandemic:

“What I was left with was all of this great rehearsal recording from just a mic in the room. I just felt like the beginning of this year was so grim and I had to do something to lift me out of those, I wouldn’t call doldrums, but storms – those terrible north wind storms that you get down by the sea in Devon sometimes. They come down off the Atlantic from Greenland, they spin round, and they’re brutal.”

Check out Albarn’s new song below and let us know what you think!