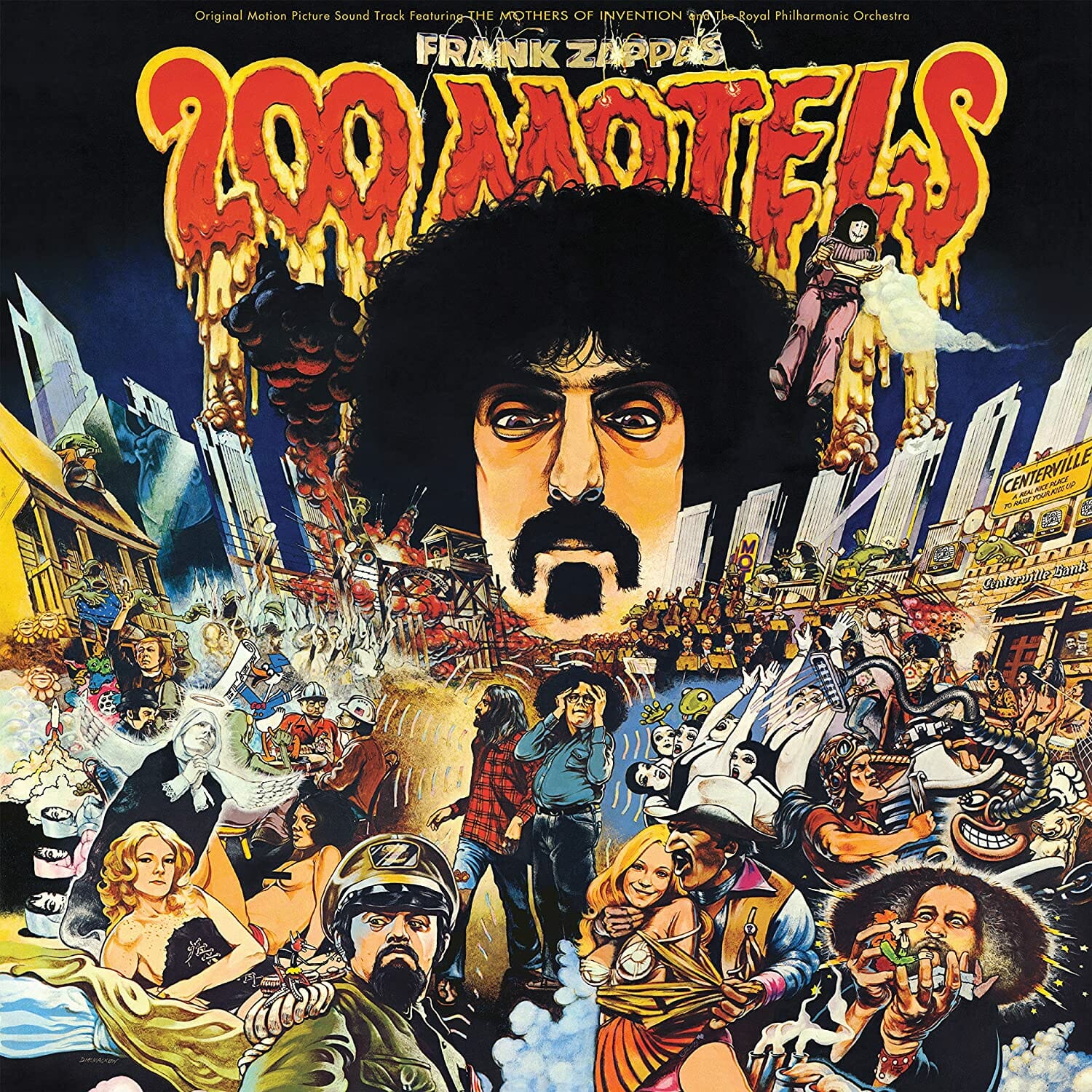 Recorded in early 1971, the soundtrack to Frank Zappa’s “surrealistic documentary” 200 Motels rounds the horn for a “50th Anniversary Edition” (Zappa). With its plethora of alternate takes, demos, and early mixes, the six-CD-plus package elaborates to an almost excruciating degree the project’s weaknesses (misogyny, mostly) and, to a lesser extent, its strengths. While orchestral interludes such as “Dental Hygiene Dilemma” and newly unearthed “The Pleated Gazelle” sound avant-gard-ier than ever, four versions of “Mystery Roach” are about three too many. “Strictly Genteel,” however, remains a masterpiece of a finale in as meta-rock a movie as was ever made