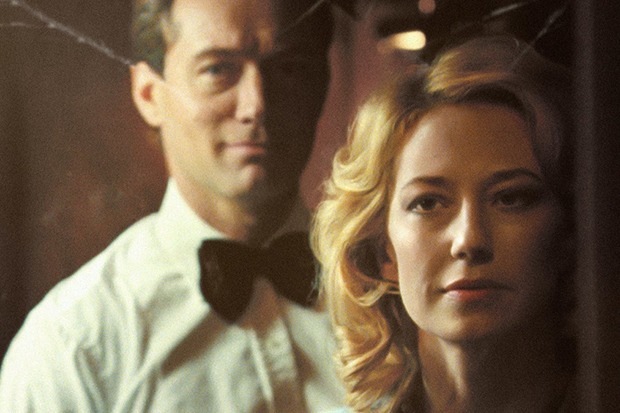 Sean Durkin’s The Nest is a punishing family drama that bristles with the disquiet and tension of a thriller. The director takes us inside a crumbling marriage, making the viewer silent witness to the couple’s growing dysfunction and loneliness. He then goes a step further by peering into the void slowly consuming each member of the family, from the deeply unhappy parents to their cratering children. This is done with the restraint and objectivity of a documentary filmmaker, which makes for an unnerving and unexpectedly moving character study.

On the surface, Rory and Allison O’Hara are a model couple living the dream in the 1980s America. This is at the height of the greed-is-good era and Rory (a career-best Jude Law) is high as a kite on the promise of power and money. His wife, Allison, trains horses and dotes on their two kids. It’s an idyllic picture that becomes increasingly nightmarish when Rory tempts his family to move back to the UK with the promise of more. However, the change of location only fractures the illusion of domestic bliss.

The core issue is Rory’s relationship with money. He earns a lot of it, but also throws cash around like a millionaire. It soon becomes apparent that the patriarch is on something of a losing streak and he visibly crumbles when checks start to bounce and opportunities dry up at work. That prompts a visit to his mother, who he hasn’t seen in over a decade, which sheds some light on Rory’s relationship with himself and the truth. In Law’s hands, the character isn’t inherently cruel or even unloving. The man has just pretended to be someone else for so long that he has become an empty vessel.

His wife’s sense of self, on the other hand, has never wavered. Allison is a realist and loves her husband despite being well-aware that she is married to a fraud. Her loyalty only frays when she finds herself isolated and unappreciated on the outskirts of London. She slowly unravels, plunging into a crisis of confidence without noticing that her children are suffering a similar fate. Carrie Coons deserves to be in the awards’ conversation for The Nest. Coons brings Allison to life with full-bodied ferocity. Whether she’s making a scene at a restaurant or tearing up the dance floor at a local pub, she is utterly compelling.

In some ways, The Nest reminds me of Joanna Hogg’s exquisite The Souvenir. Both films capture the ’80s in a vivid yet completely non-sentimental way, and poke around in the shadowy depths of human relationships. They also share wonderfully gloomy cinematography and linger in the mind long after the credits roll. There are a couple of slow patches in Durkin’s film and Rory’s behavior doesn’t always ring true, but the final 30 minutes of the film are absolute dynamite.

Most importantly, the director doesn’t pick heroes and villains. He trusts the audience enough to let them find the humanity and redemption in this broken, yet not-entirely-irredeemable family. At a time when thought-provoking films for adults are an anomaly, The Nest is a rare treat.