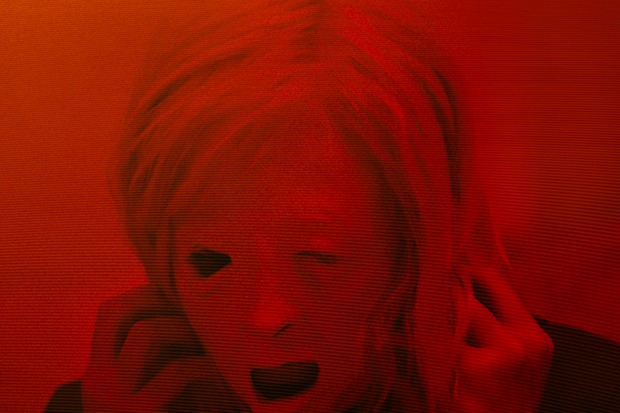 Who wouldn’t want to spend a day in someone else’s shoes? To go where they go and see what they see? To dip a toe in someone else’s pond. However, as Brandon Cronenberg’s sophomore feature illuminates, this vicarious thought-experiment has a potential down side. And it’s pretty nasty.

In Possessor, Andrea Riseborough portrays Tasya Vos, a very specific kind of assassin. By way of her company’s shadowy technology, she is able to take over the mind and body of a stranger, allowing her to carry out killings with a brand of ambiguity unheard of in cinematic espionage. But this job, and these extreme circumstances, understandably take a toll on Tasya­’s sanity.

Moreover, she is at a crossroads in her life: torn between this immensely demanding job, where she is a rising star, and her very-nearly estranged husband and son. As Tasya is prepping for her biggest body-stealing gig yet, her two very disparate worlds are beginning to blend in horrifying ways.

David Cronenberg built a career bringing fresh depth and kinetic idiosyncrasy to his horror and speculative/science-fiction tales. With Possessor, his son shows serious interest in taking up that prodigious mantle. The fraught intimacy at the heart of Tasya’s unique challenge is handled with extreme care and precision. Cronenberg’s visuals depicting the melding of minds is stunning and more than a little psychedelic. The avant-garde technology involved is vintage and ominous, especially the device that covers Tasya’s face — like an oversized plague-era death mask — when she’s interfacing.

Is this flick violent? You bet. In fact, it’s safe to say it’s a wall-to-wall bloodbath. But it also manages to be elegant, stylish and even sweet once in a while. Like so many films about artificial intelligence (The Terminator, The Matrix, Upgrade), Possessor hints at a cautionary tale, though A.I. isn’t discernibly involved. It’s more than plausible that attempting to take over someone else’s mind can lead to horrible, twisted outcomes. It might even be a taboo humanity has yet to stumble upon. As for the film itself, it’s an absolute must-see.