Film Review: ‘A Good Woman Is Hard To Find’ 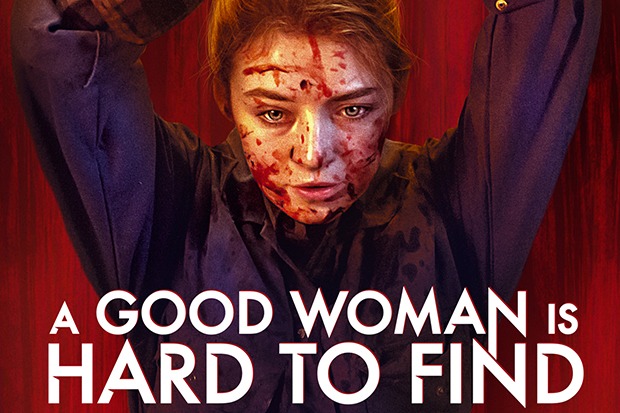 It’s only a matter of time before A Good Woman Is Hard To Find ends up on a streaming service and becomes a mini-phenomenon. All the elements are there. Abner Pastoll’s festival favorite is a hard-boiled, revenge drama with a heroine to root for. The director deftly introduces us to a world of crushing cruelty and casual belittlement. One in which, the titular Good Woman could feasibly be pushed to breaking point and forced to reclaim her power, one blood-splattered hammer blow at a time.

A Good Woman Is Hard To Find is ultimately a showcase for Sarah Bolger. The Irish actress embodies her character, also called Sarah, with a kind of harrowed meekness that is haunting. She is a single mom living on a council estate in the wrong part of town. It turns out that her ex-husband has been murdered and she is trying to get justice for him while somehow holding the pieces together for her children. It’s a house of cards that quickly topples when a man bursts into Sarah’s apartment and stashes drugs in her bathroom.

At first, she goes along out of fright. However, the situation escalates and Sarah soon finds herself in a violent altercation with the thug. Which results in his corpse lying on her bedroom floor and a gang of sinister drug dealers hot on her heels. It’s a waking nightmare that galvanizes our sympathetic heroine. She is willing to do just about anything to protect her children and stay out of jail — even if it means dismembering a body in a gruesome, excruciatingly-detailed sequence.

Sarah’s ordeal is not over, however. She still has to take on the drug dealers, which leads to one of the most satisfying and oddly-believable showdowns in recent genre history. Sarah is never portrayed as a superhuman assassin. A day of training doesn’t turn her into a ninja. Instead, she blunders from conflict to conflict, running on nerves and sheer desperation. Sarah Bolger really shines here, expressing defiance and glowing embers of rage in every grimace and unsteady action.

Equally impressive is Pastoll’s crisp direction. He demonstrates a real flair for action, whether it be in a neatly-staged drug robbery or Sarah’s final showdown in the neon-lit nightclub. The pacing is also snappy without skimping on character development, and the supporting cast adds another layer of realism and emotional heft to the film. (Jane Brennan, in particular, excels as Sarah’s cold, but dependable mother). At a time when new content has slowed to a dribble, A Good Woman Is Hard To Find offers sweet relief for genre fans. The film is now available to rent or download on VOD services.