Explosions in the Sky Big Bend: An Original Soundtrack for Public Television 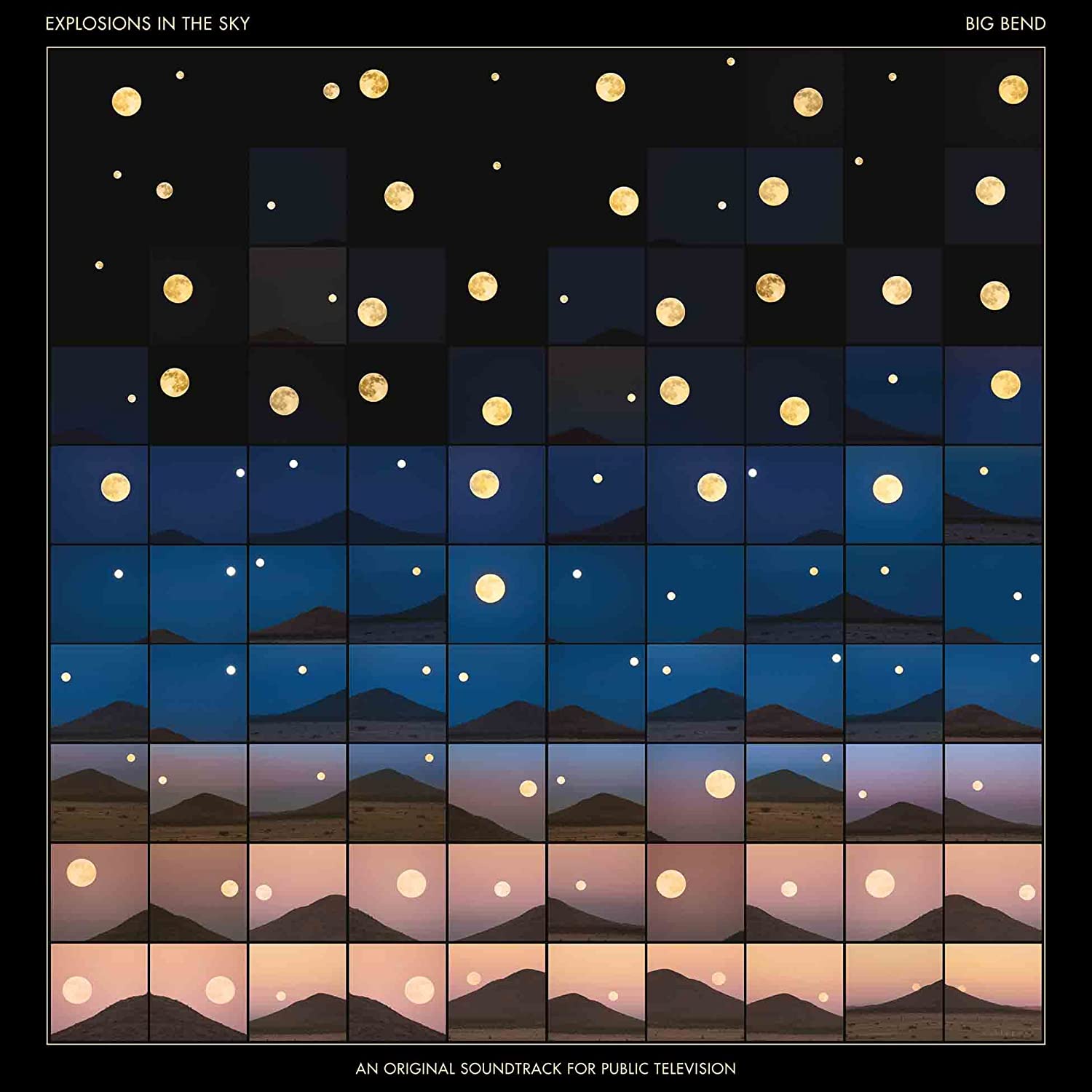 Soundtracks are nothing new for Explosions in the Sky. The Texas post-rock band’s music was a guiding force in the beloved Friday Night Lights series, and numerous movie and TV spots since then. PBS approached the band in 2019 to compose music for a nature documentary depicting the wildlife inhabiting Texas’ Big Bend National Park, following the lives of animals and showing the landscape from majestic aerial shots. For the music, Explosions in the Sky mostly ditched the electric guitars, and instead went more “natural” for the occasion, with the acoustic guitar, slide guitar, pianos, and bells driving the more atmospheric sounding compositions. The massive crescendos that they’re famous for are absent, too, and instead the music is rich with textures and space; it’s easy to imagine this as the guiding force around depicting desert life that is trying to coexist in some semblance of harmony. For the album, the band took little vignettes they composed and expanded their length. But still, most songs are contained within two to three minutes. Highlights include “Summer,” where guitars flutter in and out over a spacey background of hazy atmospherics, and “Nightfall,” a gorgeous piano piece that gives way to pounding drums, hinting that just because the sun is down, rest isn’t in the future. The final track “Human History” is the one outlier, clocking in at over six minutes. It builds over a soft guitar line, mingling with background twinkles, but sounding restrained in many ways. There’s no grand gesture, no feeling of release. And that’s what makes Big Bend a joy to listen to. It’s music created not for epic moments, but instead moments of simplicity and beauty.Please enjoy this full-length feature from our July/August Issue. Not a subscriber? Show your support for only $2/month