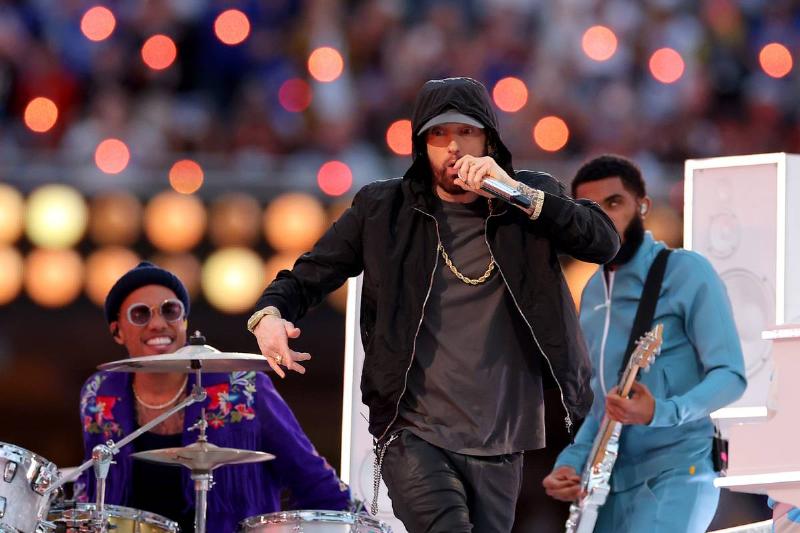 Eminem has never shied away from letting his fans know about his history with mental health struggles. His incredibly personal rhymes are one of the major reasons his music continues to resonate today. Still, it’s always interesting to be reminded that Marshall Mathers isn’t really opening up for his fans, he’s doing it for himself.

Calling into Sway in the Morning on SiriusXM this week, Eminem revealed, “I think that’s one of the great things about rap music is that you could put so much of your life in it.”

The blunt response created a laugh from the radio show hosts, followed by a simple question, “Oh, that’s it, okay?”

After taking a moment to consider the question, Eminem added, “It’s therapeutic and it’s, you know, that’s how it’s always been for me. But with this album, with this new Boogie album, the title, everything is f***ing great.

The album from Westside Boogie, Black Superheroes, comes from Shady Records and is already being hyped by Eminem, who sees a parallel between himself and his protege, “the title… everything’s great. And it’s like watching him just keep getting better and better and better is incredible too. And he’s got so much of his life weaved in this album. You know what I’m saying? Like, I think that it’s therapeutic.”