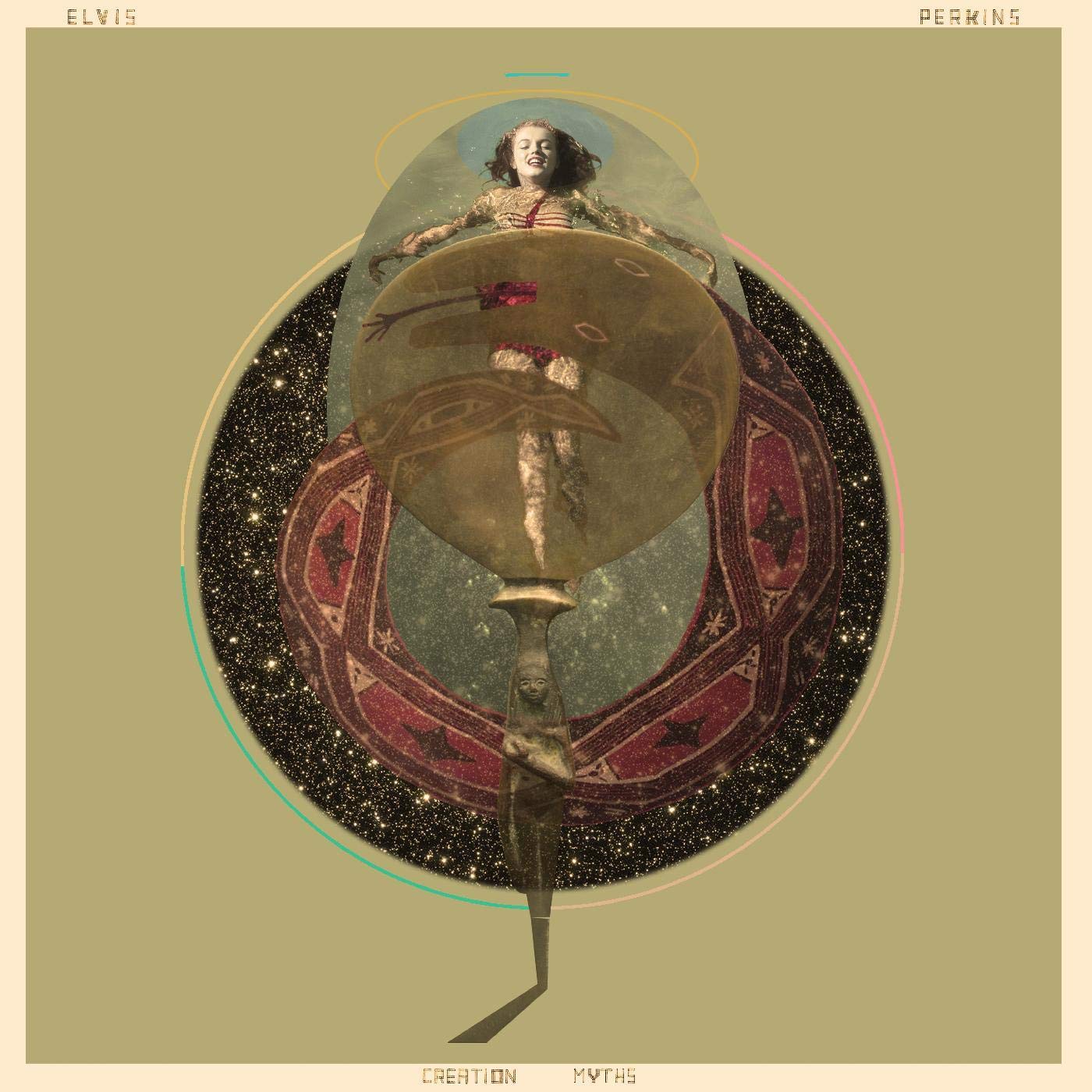 After recording hushed, often-whimsical folk music for nearly 15 years, Elvis Perkins has finally found his groove. Creation Myths, his first release since he co-wrote the score to the horror flick The Blackcoat’s Daughter in 2017, finds Perkins diving deeper into joyous musical realms than he ever has before—it’s his first record you might describe as “fun“ before “beautiful.“ Perkins’ 2009 breakthrough, Elvis Perkins in Dearland, placed his travelingtroubadour vocals in a familiar casings: twinkling acoustic guitars, dusty strings, plucked bass. With Creation Myths, though, he’s expanded beyond the familiar, with tickling, mystical results. Opener “Sing Sing” begins as if you’re entering a kitschy, carnival haunted house—low-buzzing synthesizers, creaking guitars and a cascading bassline—with Perkins’ voice layered and echoing through the mist when he sings, “Where are you bound?/ What does your sign say?/ Are you miles away?” “See Monkey” recalls The Beatles at their most deliciously camp (think “Maxwell’s Silver Hammer”), complete with a slippery saxophone solo and cryptic lyrics like, “You can dream yourself to sleep if you want to, my love/ But try not to wake your dead.”Creation Myths does include more standard Perkins fare (the lovely, pedal-steel-laden “Mrs. & Mrs. E” and the drop-dead gorgeous dirge “Anonymous”), but the album is most engaging—and certainly most fun—when Perkins indulges in his weirder whims, like the spacey, meditative “Iris” or the bouncing piano-and-horn romp “Promo.” Creation Myths isn’t groundbreaking, but it’s idiosyncratic in all the right ways.