Cory Henry: Something to Say 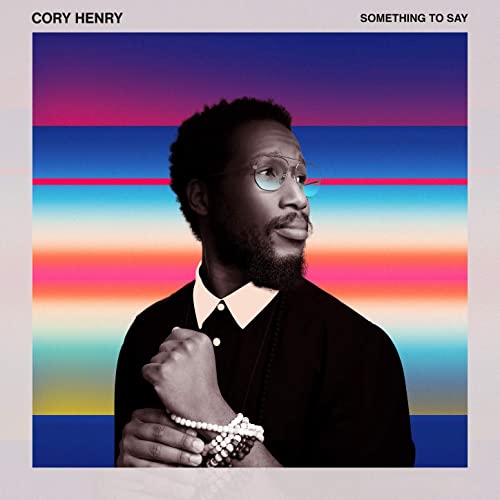 Cory Henry has plenty to say on Something to Say, but he saves his weightiest statements for the latter half of the album, starting with “Rise,” one of four tracks featuring the keyboardist’s regular Funk Apostles. “It looks as though all hope is lost in the world today/ We’re all trying to find the light, to make it a better place/ We got to show them what it means to live in peace and harmony/ Where I’m a part of you my brother, you’re a part of me,” he sings, delivering a candid and righteous beacon of positivity at a time when that’s a scarcity. In “Black Man,” a couple of tracks later, he lays it out: “I’m not a victim/ I’m not a savage/ I’m something different from what you’ve been taught.” Then he immortalizes those who have tragically perished well before their time, mentioning their names, one by one, on “Say Their Names.” It’s not all sociopolitical commentary though. “Don’t Forget,” the opening track on Something to Say, could’ve been a lost Stevie Wonder ‘70s hit, while “GawtDamn,” Henry has explained, is simply “about the finest woman you ever saw.” If Henry is someone you know solely from his dazzling work with Snarky Puppy, then Something to Say will surely be an eyebrow-raiser: He’s squarely positioned up front now, calling the shots, Reviews Horacio Bolz experimenting with multiple styles and moods, using his voice as confidently as his fingers to make himself heard. The result is a wholly absorbing collection of songs offered up by a singular talent. One suspect there’ll be lots more on the way.