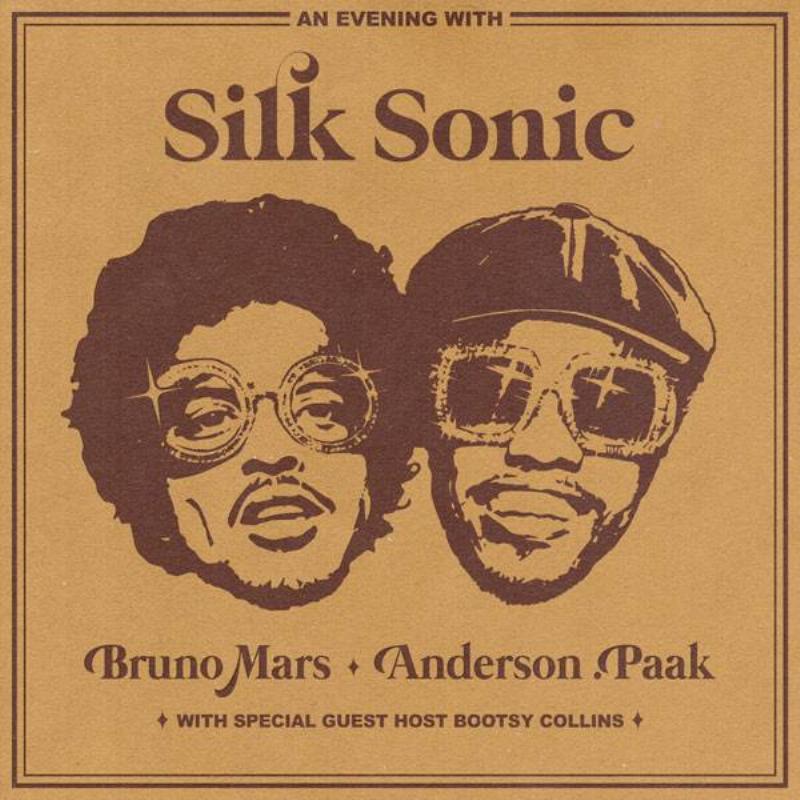 In 2017, Bruno Mars and Anderson .Paak set out on tour together. That same year, they reportedly began collaborating on music at Abbey Road. In 2021, the pair officially announced they were joining forces as Silk Sonic, with new music scheduled to release on March 5th.

The announcement came with an album cover, along with Mars writing, “We locked in and made an album. The band’s called Silk Sonic. First song drops next Friday3/5.” Currently, the album has no official release date, but it can’t be too far off.

Mars released his last solo album, 24K Magic in 2016, one year before going on tour with .Paak. It was Mars’ third long play and was certified three-times platinum in the United States, selling over three million units. It also won seven Grammy Awards including Album of the Year, Record of the Year, and Song of the Year.

Anderson .Paak released his last album, Ventura, in 2019. It debuted in the number four spot on the Billboard 200 album sales chart, making it the first top ten release for the artist. While not as awarded as Mars’ album, Ventura did win Best R&B Album at the 2020 Grammys.