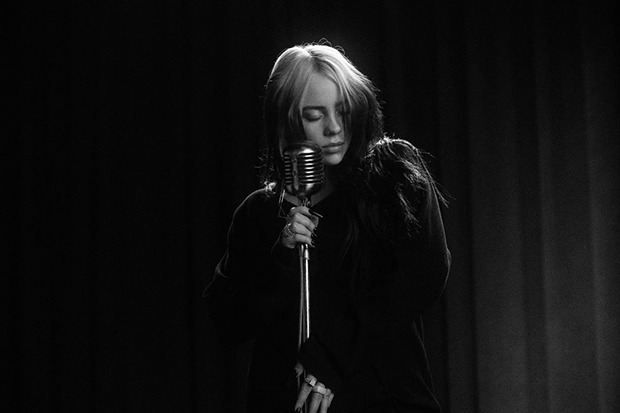 Billie Eilish rolled out “No Time To Die” as the theme song to James Bond’s similarly-titled, 25th mission way back in February. The film was supposed to follow shortly thereafter, but then COVID-19 struck and everything was put on hold. Well, the 007 blockbuster finally has a new release date (November 12 in the UK, November 20 in the US), which means that it’s time to unleash a visual for “No Time To Die.” Directed by Daniel Kleinman, the crisp, black-and-white video combines footage of Billie performing the song with scenes from the movie.

“It feels crazy to be a part of this in every way,” the multiple Grammy winner says of her Bond anthem. “To be able to score the theme song to a film that is part of such a legendary series is a huge honor.” Her brother and collaborator, FINNEAS, agrees. “Writing the theme song for a Bond film is something we’ve been dreaming about doing our entire lives,” he reveals. “There is no more iconic pairing of music and cinema than the likes of Goldfinger and Live and Let Die. We feel so so lucky to play a small role in such a legendary franchise.” Watch the video below.

Billie Kicks Off ‘Where Do We Go?’ Tour
END_OF_DOCUMENT_TOKEN_TO_BE_REPLACED