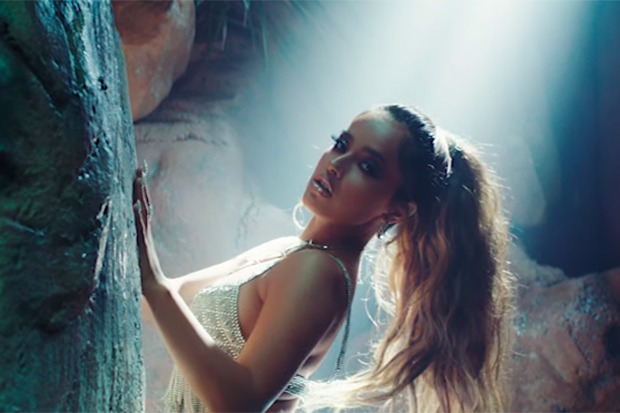 Latin superstars Becky G and Ozuna join forces for a sizzling banger called “No Drama,” which has the potential to be a crossover smash. “No drama, no drama, no drama,” Becky sings on the catchy chorus. “¿Por qué tantas peleas? Si terminas en mi cama.” The reggaeton heavyweight replies with: “Es que su cuerpo me encanta, pero te me quejas tanto.” Basically, they annoy each other, but are still very much in love/lust. How did the song come together? “I have always liked [Ozuna’s] music and I knew that together we could record something amazing,” the “Sin Pijama” queen explains.

“Now, perhaps more than ever before in our lives, less drama is something we all need, and this was part of the inspiration for the song,” she continues. By my count, “No Drama” is Becky’s 10th official single of 2020. My favorites include the breezy “They Ain’t Ready,” which ranks as one of the most underrated pop songs of the year, and “My Man.” The latter offers a modern twist on Jenni Rivera’s “La Gran Señora.” Other singles of note include “Muchacha” featuring Gente De Zona and a Spanish-language cover of “Jolene” alongside Jenni’s daughter Chiquis.

Watch the sizzling, Mike Ho-directed video for “No Drama” below.