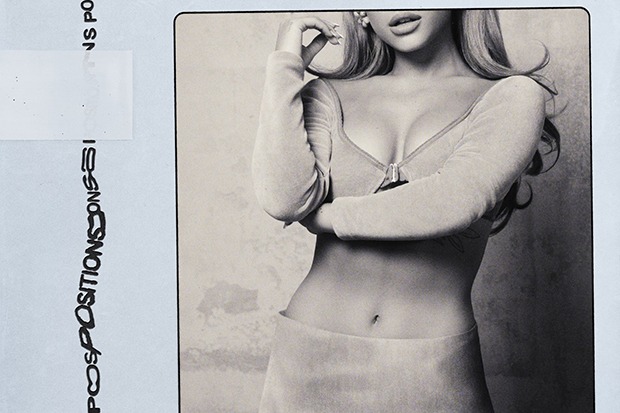 We’re so close! Ariana Grande reveals the cover (below) of “Positions,” the lead single from her similarly-titled 6th album, ahead of its release TONIGHT. The black-and-white artwork is certainly in line with the song’s supposedly sexy tone, which suggests that Ari is taking us to the bedroom. While it feels like everything is happening extremely quickly, the commencement of the AG6 era isn’t completely out of the blue. In September, the hashtag #ARIANAISCOMING trended worldwide on Twitter after the pop star shared a snippet of a new song with the caption [“be right back”].

The 27-year-old followed that up with a casual tweet informing fans that she would be releasing an album this month. A couple of days later, the title and October 30 release date were confirmed. What can we expect from the album? Hits. Ariana has been chipping away at the album for the best part of a year with a group of A-List songwriters and producers including Mr. Franks, TBHits, Social House and Njomza. Given that Ari has landed two number one hits in 2020 courtesy of collaborations, expectations for “Positions” are astronomic.