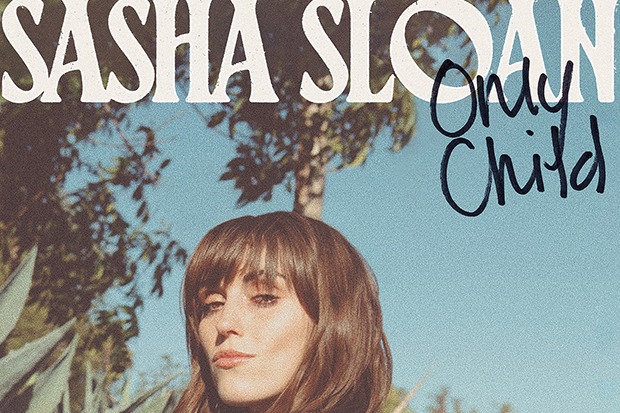 Sadness is Sasha Sloan’s brand. Her staggeringly good debut EP was literally called sad girl, while the followup was christened Loser. It shouldn’t come as too much of a surprise then, that the singer/songwriter’s long-awaited debut LP, Only Child, is a dropkick to the heart. There are songs about loneliness, loss, alienation, body dysmorphia and general delusion. However, flecks of happiness and, dare I say it, healing are scattered throughout the extraordinary 10-song set.

Matters of the heart are a central theme on the record, and Sasha continues to examine love and relationships from unlikely angles. Album-opener “Matter To You” begins on a typically pitch-black note. “I hate New York City, all the lights are way too bright,” she sings over strummed guitar. “Million people on the street, they’re all living their own lives.” However, there’s a twist. Sasha overcomes, or at least buffers, that feeling of existential insignificance by the knowledge that at least one other human being sees her. Which is more romantic than it should be.

The same goes for “Hypochondriac.” On this guitar-driven ditty, the 25-year-old blames love for the affliction, reasoning that she didn’t really care about survival until meeting someone. Which might give a therapist cause for alarm, but is a rather lovely sentiment for a pop song. Of course, Sasha doesn’t shy away for the dark side of love. “Lie,” the album’s lead single, boasts the most upbeat production in her discography, but it’s essentially about self-deception and unwavering denial in the face of a breakup.

“Someone You Hate” is an equally razor-sharp depiction of love’s fallibility. The breakout star looks back on a relationship with distance and perspective, painting a picture of the broken promises and casual brutality of falling out of love. It’s one thing to write with honesty, it’s another thing entirely to take accountability. Which is what elevates this song. While love is a central theme on the album, there is no shortage of wonderfully warped and unexpected detours.

On “Santa’s Real,” Sasha longs for the innocence and ignorance of childhood. Adulting isn’t for the faint of heart — a realization that cuts particularly deep in 2020 when every news broadcast or tweet has the potential to send you into an emotional tailspin. In someone else’s hands, “Santa’s Real” could have been overly cutesy or even twee, but there’s no false sentiment here. A description that also applies to the sing-along “Is It Just Me?,” a song that casually lists all the things that Sasha doesn’t like including children, cocaine and (the tv show) Friends.

As ever, the songsmith doesn’t shy away from big issues. Sasha sings about her long-term battle with body dysmorphia on “House With No Mirrors” and ruminates on loss on the gut-wrenching “Until It Happens To You.” Here, she addresses the fact that it is impossible to really understand the body blow of losing someone without having experienced it first hand — no matter how much empathy you can muster. What makes it worse it that loss is never too far away. “Somebody loses their somebody every day” just might be the darkest lyric on the album.

It’s hard to pinpoint standout tracks on an album as consistently great as Only Child, but two stand out for their bracing examination of deep emotional scars. The title track finds Sasha imagining siblings she has never had, wondering how life might have been different or easier with someone to share the load. It’s a brutal depiction of loneliness that rings true for anyone in a similar position. On the other hand, there’s a subtle trace of triumph on “High School Me,” a musical diary entry that finds Sasha reflecting on her journey. It’s a well-deserved pat on the back for an artist who is still finding her voice, one breathtakingly great song at a time.