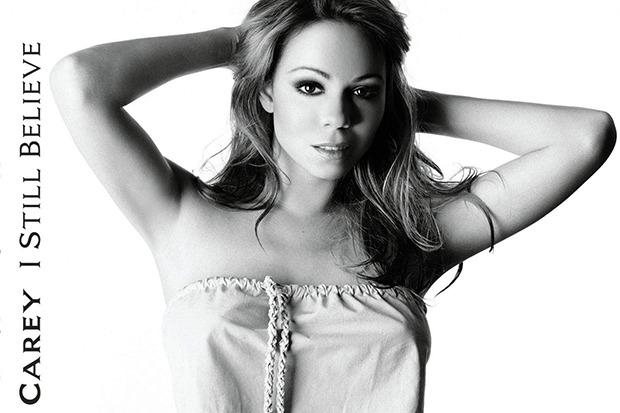 In this franchise, we look back on our favorite songs — both hits and underrated gems — from the 1990s.

Mariah Carey’s first greatest hits compilation, #1’s, turns 22 this week and it got me thinking about the “new” songs that were tacked on to the album. I love “Whenever You Call” (duet version or solo) and “Sweetheart” as much as the next Lamb, but they seem out of place next to a dozen of the best pop songs in history. The only track recorded for #1’s that holds its own is Mimi’s stunning cover of “I Still Believe.” Originally a hit for Brenda K. Starr in the ’80s, Mariah updated it a decade later and absolutely made it her own.

“You look in my eyes and I get emotional inside, I know it’s crazy but you still can touch my heart,” the elusive chanteuse begins over elegant production. “And after all this time, you’d think that I… wouldn’t feel the same.” That leads to the hopelessly romantic chorus: “I still believe, someday you and me will find ourselves in love again.” Throw in a glamorous visual, which finds Mimi channeling Marilyn Monroe at a US army based, and a bunch of club-friendly remixes, and you are left with one of Mariah’s best singles of the late ’90s.

Why did she settle on “I Still Believe”? Because of a close, personal connection to the woman who originally sung it. “This is the first song that I sang as a professional singer,” she revealed in an interview with Entertainment Tonight back in the day. “I would go on the road with Brenda. I was a little skinny kid with no money that she took under her wing and she was so nice to me. I auditioned to be her back-up singer and she hired me and she used to bring me clothes and food, and she really took care of me like a big sister.”

Revisit the crowning jewel of #1’s (as far as new material goes) below.