The 12-track LP was made over a frenzied five-week period that was inspired by "the invigorating improvisation his shows supporting The xx in 2017." Gravitating away from the slow and ethereal sonic ventures that were explored on his debut album 'Elaenia

' and with his live band, 'Crush' marks the beginning new solo-excursion that focuses its energy on a fresh and propulsive dancefloor attitude.

It's his first new album in four years, and in it, Floating Points circles back to the sounds the UK bass scene he emerged from in the late 2000s. These sounds fuse with the mellow and seasoned modulations his past work, bringing the many sides Floating Points together in one cohesive album.

The UK maestro has teamed up with Hamill Industries to devise the live visuals for his upcoming tour. Using a macro lens, bubbles, paint and live frequencies from Floating Point's Buchla

, they've designed a fabulous new aesthetic for his new show. They used the same process to devise the album's artwork, which can be seen below.

To give fans a taste what's coming, they've released a music video for the album cut "Last Bloom'. Check it out below. 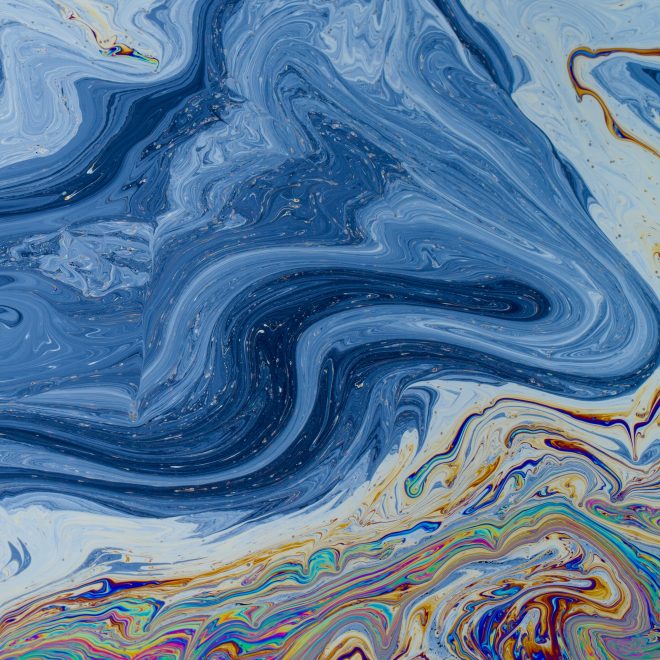